Every woman wants to look beautiful and young for a long time, but not everyone will decide on painful procedures, most of which are so. But modern technologies are being improved and practically painless methods are emerging.

These include HIFU facelift, which helps to rejuvenate the skin and make correction of the face. What is the principle of this procedure?

The ultrasonic wave is focused and acts directly on the deep layer of the skin. This leads to collagen contraction, as a result soft tissues shrink and provide instant lifting.

Ultrasound also accelerates the process of neocollagenogenesis, which in the following months gradually supports the effect of lifting.

General information about the technology of HIFU facelift

This is a unique procedure that allows to penetrate deeper to 4.5 mm and painlessly adjust the skin of the face. In this case, it can be successfully used for prevention, when the first wrinkles already appear.

In addition, at the level penetrated by ultrasound, plastic surgeons work, that is, the depth of impact is an important factor in this technology and distinguishes it from others.

With the help of the technology of HIFU facelift, many women can stay young for a long time, without harm to health and without significant expenses from your own wallet.

High-Intensity Focused Ultrasound is not audible to the human ear, and it helps not only to improve the elasticity of the skin, but also to model the facial cintours, making the contours clear, as before, narrowing the pores and eliminating toxins. 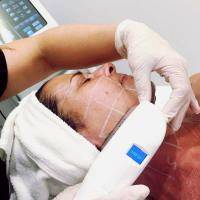 In general, with time, one way or another, but there is a deformation of the contour of the face. This is due in large part to the fact that under the influence of physiological loosening of the ligaments and the phenomenon of gravitation, collagen tissues stretch with age and the superficial muscle layer moves, resulting in such unpleasant elements as double chin, the appearance of fatty hernias in the lower eyelids, nasolabial folds and friability of the subcutaneous tissue.

This procedure can often be performed only once (depends on the percentage of skin aging), but its results persist for several years – this is an individual indicator that can not be accurately characterized. The procedure can be repeated when you deem it necessary. Moreover, HIFU facelift is carried out not only on the face, but it can also be carried out in the neck, decollete, elbows, buttocks and other. HIFU facelift became known only recently, and the technology was taken from medical sources, where for several years with the help of ultrasound, tumors in gynecology and urology are effectively removed.

In cosmetology, the method has been used since about 2009. Since then, cosmetic lifting procedures have been replenished with one more non-surgical method, which many now successfully use not only for facelift, but also for its cleaning. 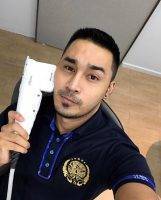 This technology has the following advantages in comparison with others: 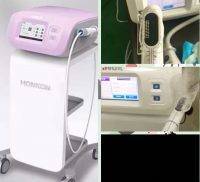 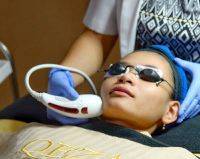 The Improvement In The Appearance Of Lines And Wrinkles

Cons of HIFU facelift is incomparable with the benefits obtained. Side effects are very rare, in most cases, it is a headache, nausea and a slight redness in the area of the procedure. If you have a rash or other manifestations of inflammation – you need to contact the doctor immediately.

This process must pass the plan with clearly distributed stages in order to get the desired result. Initially, you are referring to a cosmetologist, who will evaluate and mark out the most problematic areas of the skin. Next, a special gel is applied to the skin, providing relaxation of soft tissues and helps a better slip of the ultrasonic nozzle. 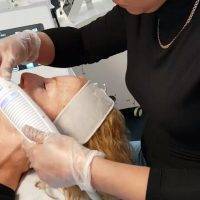 The doctor goes by nozzle on all parts of the skin and, thus, gets an accurate picture of the deep covers of the skin on the computer screen.

It is in this way, that it affects only the zone being treated, without affecting the healthy areas of the skin.
Usually such procedure of rejuvenation is carried out no more than for 50 minutes. It is painless and during its carrying out there is a warm and tingling sensation.

In some cases, after the procedure, swelling may occur, which disappear within a few days. But swelling appears rarely, and, in principle, the skin does not require a recovery process, that is, you can quickly return to your daily way of life.

During its implementation does not require the use of any painkillers, injections of anesthesia and other things. In addition, if the skin is not strongly visible signs of aging, then sometimes enough one procedure to achieve the effect.

And for complex cases, several repeated sessions are necessary. But the average course is 8-10 procedures – it is directly depends on the skin condition.

So, HIFU facelift was approved not only by cosmetologists, but also by their patients who experienced this technology in their experience and admired the excellent effect that is most visible after three to four months. Let this method and relatively short-term allows to keep the effect (no more than 2 years), but such advantages as the absence of a recovery period, there are no side effects, scars, not pain and incomprehensible consequences still HIFU facelift on the first rows of aesthetic clinics.