High SMAS facelift is a deep face lifting, which is able to turn the hands of the clock for 10-15 years ago! Modern plastic surgery SMAS facelift uses as the most advanced method of full facelift. During this procedure, not only the skin is tightened, but also dense tissues lying deep under the skin – the so-called superficial muscular-aponeurotic layer, abbreviated SMAS. This gives a pronounced facelift effect that is as stable as possible in time. 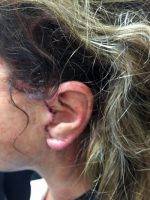 How the high SMAS facelift performed?

Typically, the SMAS lift is performed under intravenous anesthesia without the use of general anesthesia. The incisions are made inside the auricle and behind the ear. The operation lasts from 1.5 to 2.5 hours. The surgeon separates the skin of the middle zone of the face and the upper region of the neck. During the operation, the doctor fixes the SMAS tissue in a new position.

In order to achieve a more impressive result during the high SMAS facelift, a deeper structure can be lifted. For this, the surgeon works with the facial tissues at the level of the periosteum. The decision on the depth of skin detachment is made by the operating surgeon individually in each case.

During the high SMAS facelift, as a rule, the neck and decollete zones are lifted to avoid the contrast of a tightened face and a flabby neck. High SMAS facelift is well combined with liposuction (removal of excess fat), which allows you to remove the second chin, “bulldog cheeks”, make the face more thin and achieve a pronounced rejuvenating effect. 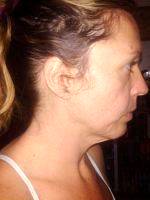 The result of high SMAS facelift

Correctly executed high SMAS facelift gives a natural, young and blooming look. I will compliment you that you look “a million” and, perhaps, only your company’s security service will be able to determine that you are not just “well rested,” that the wrinkles and the second chin have disappeared.

After the high SMAS facelift, it is required to spend from 1 to 3 days under supervision in the clinic. Possible small bruises, swelling and decreased skin sensitivity. After another 2 weeks, the blood supply of tissues will be restored and the skin will acquire its natural color.

Sutures inside the ear will be removed for 5-7 days, behind the ears – for 10-12 days. They becomes inconspicuous after about 2 months. All patients after high SMAS facelift are prescribed a set of physiotherapeutic procedures and injections that reduce the skin to accelerate the recovery period. 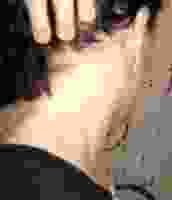 Our exclusive recovery technique allows us to accelerate recovery for several weeks. Plastic surgery recommends performing blepharoplasty after high SMAS facelift in order to get the fullest effect of rejuvenation.

Each woman after 40 years old wants to remain bright, refined and attractive.

To do this, you need not only to keep track of the figure, but also to have a young beautiful face: high, well-defined cheekbones, an elegant contour of the face, an open look, a smooth and tightened skin.

Do you think it’s impossible to turn back time and look young? The solution is!

High SMAS facelift is a new word in the field of preserving youth and beauty. Plastic surgery today has achieved stunning success, allowing the most careful and safe to conduct surgery and look 10-15 years younger.

What is the secret of high SMAS facelift?

High SMAS facelift is a deep facelift. In this case, the plastic surgeon conducts full facelift, and also affects the structures lying deep beneath the skin: the muscular-aponeurotic complex, abbreviated SMAS. Thus, high SMAS facelift implies the filigree intervention of the surgeon in deep subcutaneous structures. This operation allows to correct a variety of disadvantages: deep wrinkles, pronounced skin folds and fat deposits.

As a result, it is possible to achieve good results and obtain a stable effect.

The procedure of high SMAS facelift can be carried out after 40 years old. But we must not forget that any diagnostic intervention must be preceded by a diagnostic examination to identify possible contraindications and high SMAS facelift is no exception, although there are practically no restrictions for it. The scope and depth of the intervention are determined individually in each case, depending on the effect to be achieved.

The advantage of high SMAS-facelift is that during a plastic surgeon it is possible to work in a complex way: it can remove excess skin and excess fat deposits in the area of cheekbones and chin, perform lifting of different facial zones to acquire the most natural and harmonious appearance. As a result, the face acquires clear, elegant contours, a rejuvenating effect is achieved. 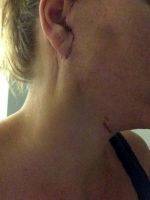 Removing Fatty Deposits In The Neck

What distinguishes high SMAS facelift from a classical facelift?

The most important advantage is the almost complete absence of traces from the operation and a minimal recovery period.

Thanks to the use of the latest technologies in the field of plastic surgery and an effective recovery program, the recovery period for patients is quite short. The first days after the operation, the patient is observed in a comfortable hospital by the attending physician. During this period, a course of physiotherapy is conducted, injecting treatment is prescribed – in order to accelerate the regeneration of tissues and restore the sensitivity of the skin, eliminate swelling.

After the recovery period, there are practically no visible traces from the operation.

Facelift is an individually selected type of surgical intervention for each patient. At the same time, it is possible to apply not only the technique of , high SMAS facelift but also the endoscopic “seamless” technique of intervention through micro-accesses, this depends on the individual features of the facial skin. 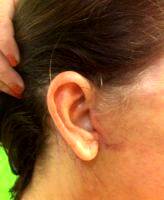 What does the operation give? Undoubtedly it is a great pleasure from a young and attractive appearance!

High SMAS facelift is an operation aimed at correcting the age-related changes in the lateral parts of the face and neck. This type of surgery is one of the most common faces in anti-aging surgery. The popularity of this method is due to its effectiveness and pronounced rejuvenating effect.

During the high SMAS facelift, the muscular-aponeurotic system of the face is pulled up, skin excesses are pulled up and removed. Attempts to improve the results of facelift, working on deep structures, have been undertaken for a long time.

However, this approach became possible only after the description in 1976 of the subcutaneous muscle-aponeurotic system of the face (SMAS). To date, there are a number techniques of SMAS facelift, each of which has certain indications and limitations.

High SMAS facelift is performed for patients of the older age group. The operation is aimed at correcting the ptosis of the tissues of the buccal region, restoring a clear contour of the face, and improving the cervical-chin angle. Thus, the operation is indicated if:

High SMAS facelift can be carried out separately or in combination with other rejuvenating techniques. If the patient has indications, the operation is supplemented with neck lift (platysmoplasty), liposuction of the chin area. In order to achieve the effect of complex rejuvenation, the high SMAS facelift is combined with blepharoplasty, endoscopic lift of the upper and middle third of the face. 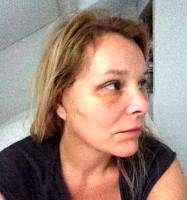 The course of the high SMAS facelift and the period of postoperative recovery:

Before the operation, the patient undergoes a comprehensive examination. The operation is performed under general anesthesia. The cutaneous incision begins in the temporal region, goes before the ear (repeating the bends of the auricle and being located behind the tragus), behind the ear and in the occipital region.

Mobilization of the skin is performed. After that, the subcutaneous muscle-aponeurotic system (SMAS) is lifted according to one of the existing methods. After tightening the deep structures of the face, tightens the skin and redistributed. Excess skin is excised.

Superimposed cosmetic sutures that accurately match the edges of the skin. The patient is in a hospital, under the supervision of medical staff, on average for 2 days. The period of postoperative recovery lasts an average of 2-3 weeks. During this time, the main swelling and hemorrhages disappear. The stitches are removed for 12-14 days.

There are many techniques of SMAS facelift, which can be divided into two groups: a plication techniques (suturing) superficial muscular aponeurotic system (SMAS) and with dissection techniques SMAS.

Methods of SMAS facelift by imposing tightening sutures are technically simpler, which leads to a significant reduction in the duration of the operation. Such operations are less traumatic. The separation of tissues is made only in the subcutaneous layer.

The absence of tissue separation under SMAS reduces the risk of postoperative complications, which makes this method safer. Plication (stitching) SMAS not only tightens the tissue, but creates a lost volume in the area of the cheekbones.

This method is effective on “thin” faces, when there is a need for a facelift and modeling of the volume of the face. The second technique involves dissection of the SMAS flap, lifting and excising its excess.

s a rule, this is exactly what this means when talking about high SMAS facelift. Mobilization and excision of the superficial muscular aponeurotic system is more effective on “voluminous” faces, when there is a need to tighten the facial tissues without creating an extra volume.

High SMAS facelift is an effective surgical technique for facial plastic surgery, which allows to obtain natural and long-lasting rejuvenation. To choose a suitable method of the facelift surgery is possible only at the internal consultation, after a complex analysis of age-related changes in the facial tissues.