This technique facelift through a shorter incision. MACS lift is a full-scale surgical technique of facelift, including lift and removing excess skin and tightening of deep facial structures (SMAS).

This is an effective and gentle technique ot the facelift, which makes it possible to obtain natural rejuvenation with minimal traces of the performed operation. The combination of the advantages MACS facelift meets the needs and requirements of the majority of patients.

The desire of plastic surgeons to make the facelift as safe and effective as possible, while hide the traces of the operation, led to the emergence of facelift techniques with shortened skin access.

A short-scar facelift is suitable for patients 35-55 years old who have age-related changes in facial tissues, usually manifested in the following: 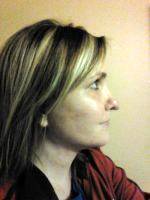 Extremely Happy With Your MACS Facelift

For patients with pronounced age-related changes in the neck area, an enhanced method of facelift is best.

MACS facelift is performed under general anesthesia. Cutaneous incision begins at the lower edge of the lobe, goes in front of the ear (behind the tragus), and slightly extends into the temporal region along the border of hair growth.

Further, a sparing, limited skin flap detachment is performed. Effective tissue lifting is carried out by superimposing pendant sutures on the superficial muscular aponeurotic system (SMAS). These seams are securely fixed to a firm structure – a deep temporal fascia. A vertical tissue lift vector is provided.

Thus, deep structures of the buccal region are tightened, which leads to an improvement in the facial contour. Further, the skin flap is tightened and redistributed, the excess is excised. Cosmetic seams are applied to the skin.

Macs Facelift Before And After

MACS lift can be combined with blepharoplasty, endoscopic lift of the upper third of the face, liposuction of the sub-chin area to achieve complex facial rejuvenation.

The period of rehabilitation after MACS facelift is much easier in comparison with classical methods. On average, major hemorrhages and swelling occur within 12-14 days. Sutures are removed on the 9-11 day.

The difference between MACS facelift and classical facelift techniques:

MACS facelift is a gentle operation and gives a good anti-aging effect in patients with moderate age-related of the face. This technique has certain limitations. With pronounced ptosis of the facial tissues and the presence of excess skin in the neck area, it is advisable to carry out plastic surgery from high-grade access (for example, SMAS facelift).

The advantage of a short cutaneous incision is that it is slightly invisible after surgery. In contrast to the classic methods of facial plastic surgery, the postoperative scar after MACS facelift does not extend into the occipital and occipital area, where it is often noticeable.

The MACS facelift technique is carried sparing limited detachment, which minimizes the risk of a number of complications. In addition, the vertical tissue lifting vector provides a natural and harmonious rejuvenation. During MACS facelift, the duration of the operation and the duration of postoperative recovery are significantly reduced. The postoperative period lasts easier than with classical techniques, and the patient can quickly return to his usual lifestyle.

MACS facelift and its advantages

Those days when plastic surgeons carried out facelift operations only on the skin, irretrievably go to the past. The main layer on which plastic surgery provides the best lifting effect is the muscular aponeurotic surface layer (SMAS or superficial muscular aponeurotic system). But even these operations are traumatic, have many complications and are accompanied by a long period of recovery.

MACS facelift is one of the latest developments of Colombian and American cosmetologists, which has a low level of injuries and gives an excellent result. 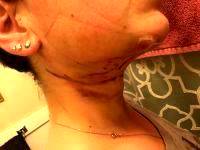 Patients Report Getting A Lot Of Positive Feedback

What is the MACS facelift and what are the anatomical features of the method?

The MACS facelif method was developed more than 10 years ago in Colombia by plastic surgeon Patrick Tonnard, and later it was used by US doctors in the US. Such a method of rejuvenation quickly acquired adherents among plastic surgeons due to the natural appearance of the patient and the absence of influence on facial expressions.

MACS facelift is an abbreviation for “minimal access cranial suspension lift”. The method occupies the middle or compromise position between the traditional facelift and the SMAS facelift, which is carried out only in the area of aponeurosis.

During MACS facelift the surgeon excised the excess skin and tightens the deep structure of the face.

What is the difference between traditional facelift and MACS facelift?

The incision that is made during the operation passes from the hair growth line above the ear, goes along the front surface at the level of the tragus, and ends in the ear lobe region. With the classical method of facelift, the incision continues behind the ear, which is much more traumatic for the patient.

After the incision, the skin layer is usually lifted by the method of its separation. The area of skin is minimized and extends only to the part of the cheek. Because of the reduction in the volume of skin tightening, there are much fewer postoperative complications and side effects.

Musculoaponeurotic surface layer (SMAS) is tightened and fixed vertical way special purse string sutures to tissue temporal factions. This manipulation allows to smooth the nasolabial folds and correct the line of the chin.

Aponeurosis does not exfoliate during this operation, so in the postoperative period there is no such formidable complication as a violation of the conduction of the facial nerve. The number of swelling and hemorrhages in the surgical intervention area is also decreasing.

Cheeks lift can be carried out simultaneously with blepharoplasty the lower and upper eyelids, forehead and eyebrow zones.

Advantages of the method

Undoubtedly, MACS facelift has a number of advantages and undeniable advantages. We list them: 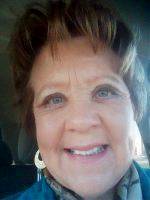 WHO IS A GOOD CANDIDATE FOR A MACS FACELIFT

The optimal age when MACS facelift can be done is 35-55 years old, when some age changes appear. So, the indications for the operation are as follows: 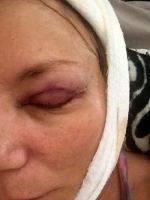 If the patient has pronounced age-related changes, MACS lift is combined with other types of facelift and neck lift.

This type of intervention is not recommended if the patient has one of the contraindications, which include:

The stages of the MACS facelift

MACS facelift has a number of features, and the operation is performed under general or local anesthesia. The stages of the operation are as follows: 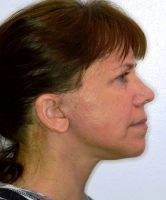 Within a few days on the face, there may be swelling and bruising, which take place in 1-2 weeks. The sutures are removed 7-10 days after the operation, which depends on the speed of tissue healing in each patient individually. For 2 weeks, the patient is not recommended to visit the sauna, bath, sunbathing and exercise in heavy physical exercises. After that, a person can return to work and a normal lifestyle.

Early results can be noticed already after 1-2 weeks, but the effect continues to increase up to 2 months. 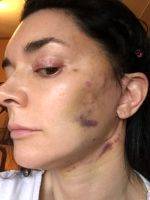 Due to the low level of injuries, the number of complications with this type of lifting is minimal. Despite the fact that, no plastic surgery can stop the time, the effect of MACS facelift can persist for 3-5 years.

What other methods of rejuvenation and operational techniques can be combined with MACS facelift?

MACS facelift perfectly combines with other rejuvenating procedures in the presence of indications and significant age-related changes:

Men And Women With Mildly Loose Skin On The Neck

The prices are taken from the patients’ reviews on the website realself.com. (https://www.realself.com/macs-facelift).

We live in a capitalistic free society. Surgeons have the right to charge as much as they wants and you have the right not to choose them as your surgeon. Are you getting quots for partial MACS lift or full MACS lift and does surgery includes lower eyelids and neck too? If you add it all up, price can reach $15,000 – $18,000.

The most important factor in choosing your board certified plastic surgeon is experience. Make sure that your surgeon performed lots of this type of surgery . Check their before and after pictures and be sure that you like the results.(Shlomo Widder, MD, McLean Plastic Surgeon) 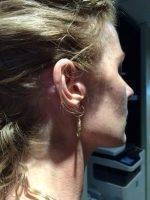 What Is A Macs Facelift Photos 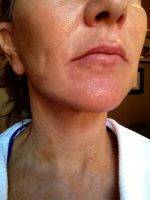